Rituals of the Writer

Her father loved and quoted the Bible and Shakespeare and a copy of each was all
marked up at his bedside.

Her little grandmother read Bible stories to her each night igniting her
imagination.

A professor at Southern Seminary, where she received a Masters in religious
education, infused her with the idea that if the world was introduced to Jesus it
could change everything. It certainly changed Roberta’s life and direction.

Her first book, BATHSHEBA, (The publishers changed the name of the book
to DAVID AND BATHSHEBA because they reasoned nobody would know who
Bathsheba was. The same with SHULAMIT…changed to SONG OF SOLOMON…
And BILQIS, the QUEEN OF SHEBA. Roberta wanted the books named after the
women whose POVs they were written.) took 17 years to rough draft and was
stuffed away in boxes that followed her as a missionary, from the Gaza Strip to
Jibla, Yemen to Maryville, Tennessee. Her passion was for the women of the
Middle East. Her books were woven extensions of that passion; finding the fragile
beauty and the daily struggle hadn’t changed much since Biblical times.

The editing process with Catherine Marshall and Len LaSourd and Tibby Sherrill,
was brutal. Roberta insisted on rewriting everything herself and would comment
years later that it was through this incubation where she learned how to write.
250 pages had to be cut from DAVID AND BATHSHEBA, of which the edited pages
would make a marvelous unedited edition.

Of course, success spurs the creative juices and subsequent books followed.
Roberta’s first book was hammered out on a wobbly manual typewriter whose
keys were forever sticking. She was forever grateful for electric typewriters and
eventually owned a computer. Her ‘magic chair’ turned into the cockpit of a fighter jet with all the post-it technical instructions. 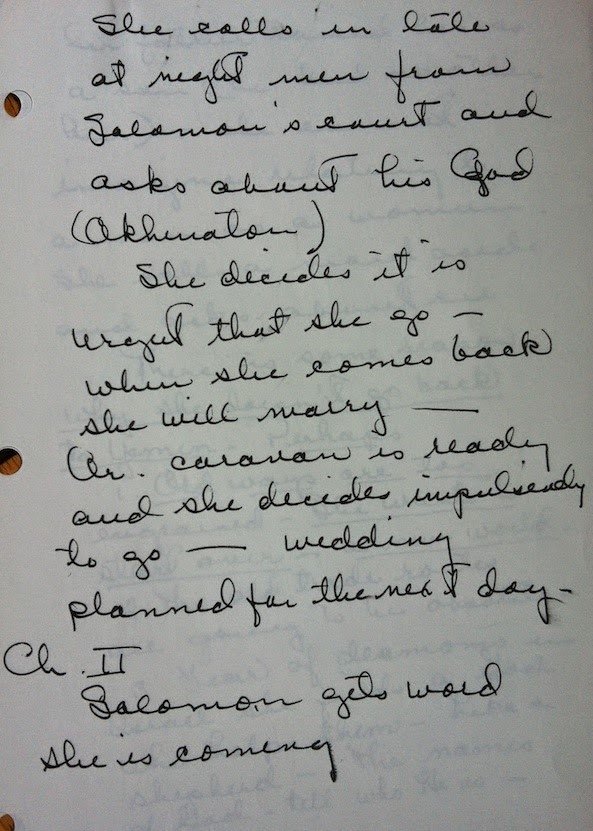 Did Roberta have any rituals or habits while writing?

Roberta wrote in the wee hours of the morning. Her family would later remark
that they never saw her writing and were amazed to see boxes of manuscripts
just appear as if some elf were in a back room laboring furiously . She would read
before bedtime and then get up around 2 or 3 AM and write, sometimes till dawn.

Tea or coffee was a favorite. But it was so much the beverage that was important
but the container out of which it was consumed. Roberta had to drink out of
a delicate, lady like, tea cup to make the experience enjoyable. It was part
of ‘settling down’, ‘feeling comfortable’ that nestled her into a good book on the
back porch or accompanied her to the ‘magic chair.’

The ‘magic chair.’ Writing isn’t easy…good writing takes great inspiration and
preparation. Where and how it is accomplished could be compared to a bird
building a nest. When Roberta sat in her magic chair it was time to write. She
would shut the world out and focus, letting the characters speak to her from her
extensive notes and outlines that cluttered around the chair sometimes stacked
in ‘organized’ piles that no one dare touch. 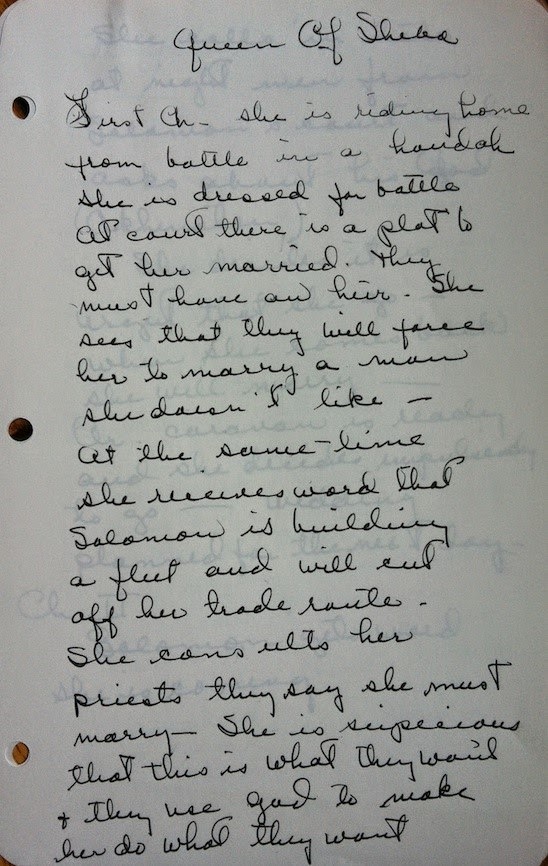 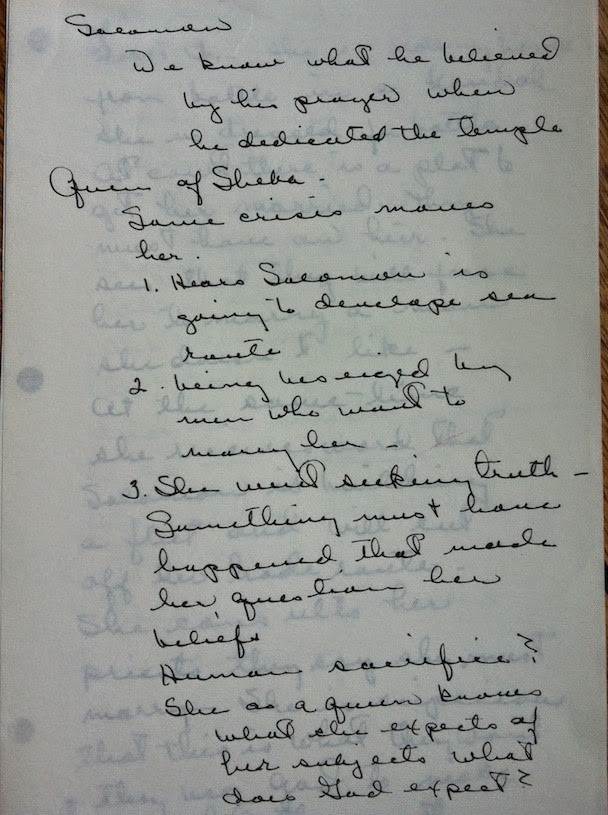 How did Roberta relate her passion for writing?

Roberta would encourage people to write their stories.

She was very active in the Knoxville Writers Group and was a coveted speaker
at writers’ conferences. She would never hesitate to read and critique another
writer’s manuscript and had one in tow most all the time.

She journaled. Her family is pouring over a fabulous treasure of notebooks into
which she poured her prayer life, commentary on Biblical passages, and life
observations…truly a tour de force of a life richly lived.

How immersive was Roberta’s research into the historical and biblical context of
her books?

It is here that Roberta’s true genius shown. Living in the Middle East gave her
access to archeological digs, Biblical scholars, museums, libraries, topography,
seasons, flora/fauna, and cultural eccentricities that have not changed in Bedouin
society since the time of Abraham. Roberta availed herself of all and drank from
the wisdom afforded. Her children will tell you how the whole family was trotted
all over the Middle East in search of historical/biblical sites, even risking heat
stroke on several occasions to explore desert locations. Nothing missed her
writer’s eye and the camel jockeys and goat herders were eager to answer any
question. The women would take Roberta into their confidence and let her sit in
on very intimate details of their lives, the struggles with each other and with their
men and children.


In Yemen she was able to do extensive research on the Queen of Sheba who
historically ruled Southern Arabia and Ethiopia from Mar’eb, Yemen. Only
recently have Arab tribes let select archeologists dig and it is still a very remote
and dangerous place….and there is Roberta sitting among the ruins of the
Queen’s palace, taking notes. (some of her pictures and notes are available here) 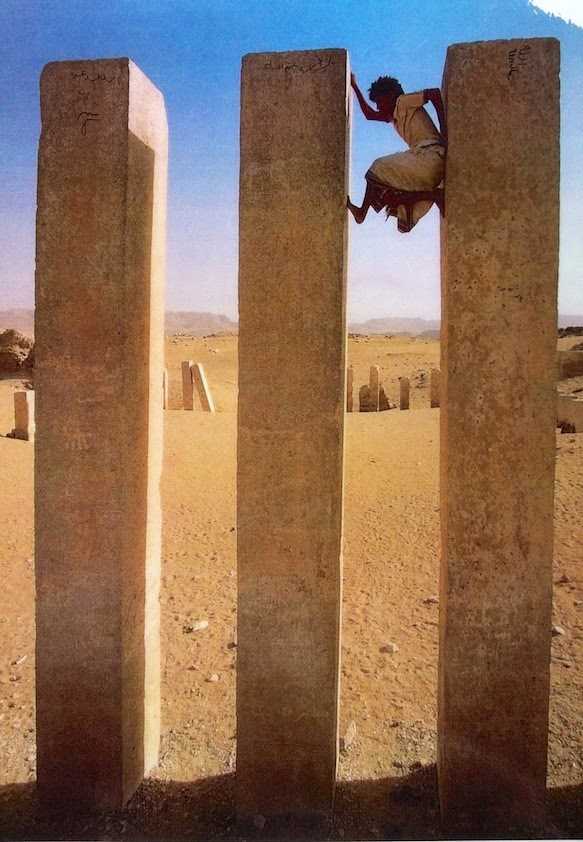 What was Roberta’s greatest desire for the purpose of her writing?

To be read and appreciated, certainly.

To champion the women of the Bible specifically. As one of the first novelists to
attempt to do so, Roberta opened the door to a new perspective on the biblical
narrative. To see the story from the woman’s POV is to open up the discussion on
a new and exciting dimension. Roberta was fearless in this and championed the
Old Testament stories as a wealth of untapped insight into the nature of God and
understanding of Jesus’ heritage as a Jew.

In what other areas besides writing did Roberta excel?

She was a formidable actress at the University of Maryland and even toyed with
the idea of Hollywood at one time, going with Jane Greer and her mother to
interview with an agent. Jane went to Hollywood and Roberta went to Seminary.
She wrote poetry….delicious poetry about her travels and life, the height and
depth of HER human experience. Soon to be published.

She was a champion of the symphony, being on their board of directors in
Knoxville, Tennessee and was a patron of the Opera and UT theater.
She was also very active in many women’s clubs around Knoxville and Maryville
Tennessee (the Knoxville Writers’ Group being an important one) and oddly
enough did aerobic exercise every morning at a local health club all the way up
into her eighties.

Roberta loved to eat in boutique restaurants and out of the way places that could
offer up dainty fair for a very discerning palate.

She relished teaching Sunday school and at one time had a rather burgeoning
class of young marrieds whom she loved very dearly.

Roberta had a very large research library of select titles that she’d gathered
searching used book stores all over the world. She would read several hours a
day. And her books are all marked up with many side notes and references.
Below are some of her personal notes and some pictures of her in Mer’eb,
Yemen, doing research for THE QUEEN OF SHEBA.

There is a picture of the royal throne with hooves. (above)

A lithograph of the Queen on a camel, riding to Solomon perhaps? 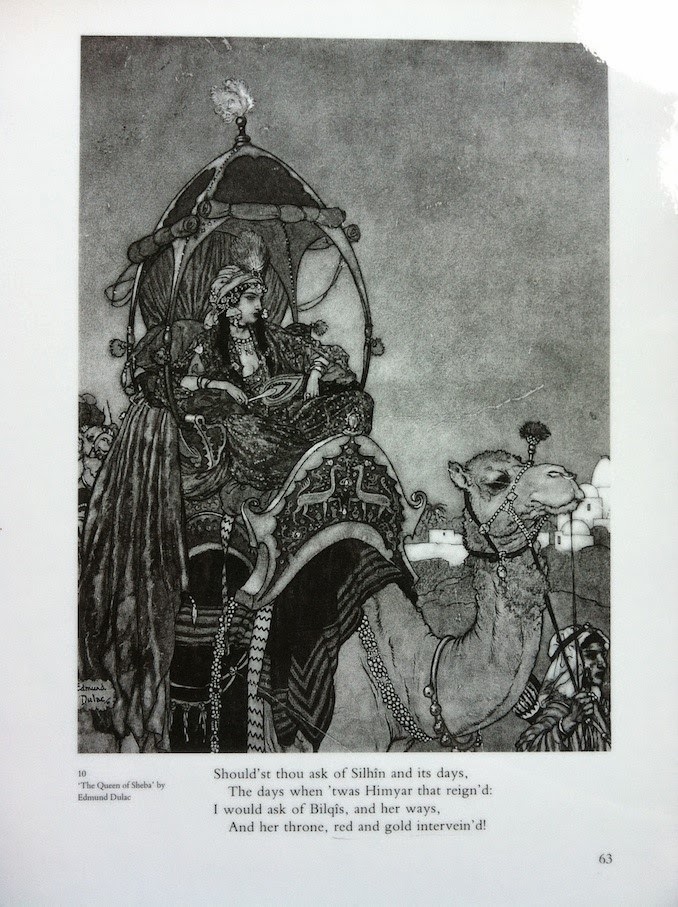 Ideas flowing at a restaurant as Roberta made notes on the menu as she’s
working through plot problems. When ideas or solutions come a writer has to be
able to write them down immediately. Roberta also kept pen and ink by her bed. 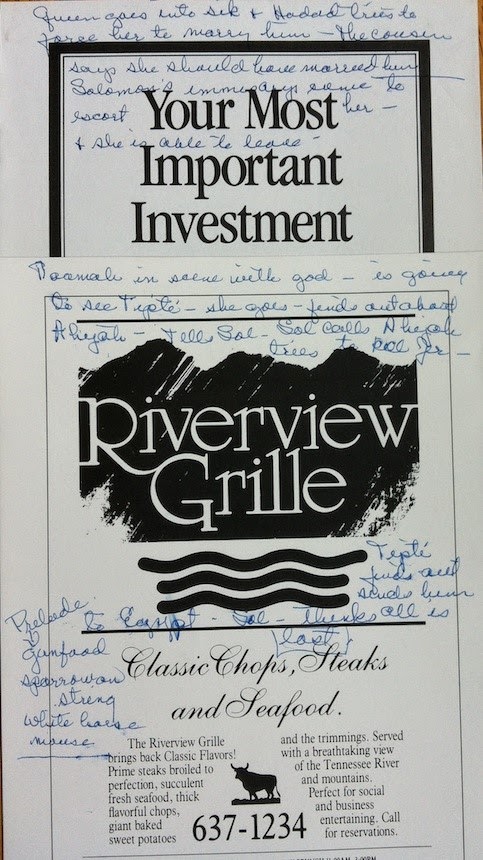 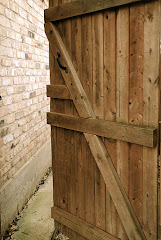